Technical rescue is definitely a team endeavor that requires each team member to understand and practice their individual knowledge and skills so as to contribute to the success of their team. You know I am going to say it at some point, so we may as well get it over with… there is no “I” in team. The best teams are the ones that work cohesively, where each team member can rely on their teammates to perform their tasks so that they can focus on their own tasks.

Some of the very best teams are made up of solid performers but don’t have one standout star. The 2004 Detroit Pistons were a great team, but they did not have a star player. They were a bunch of really good players that had a deep bench and played as a team no matter what. The success of that team was centered on everyone doing their job as best they could while supporting their teammates.

The Beatles didn’t have one celestial star, and no, just because his last name was close, Ringo was not the “Starr” of the show. What they had was a great mix of talent as songwriters and performers. And they logged a great deal of time playing together, which helped them develop phenomenal chemistry.

When an NBA team or a great musical act take the stage, we often forget about the “team” that supports them. The trainers, the nutritionists, the guy running the soundboard, or the lights, there are so many behind the scenes team members that we sometimes forget that without them, the performance would be nothing like what it is with that team support.

If you are just starting out your career as a technical rescue team member, or even if you have been at it for many years, it is important to remember that the success of the team is dependent on the work and cooperation of all team members. Of course there may be some “stars” on your team, the ones who have really built up their skills and knowledge and who seem to have an efficient and safe technique or strategy for just about any situation.

While these “stars” are very valuable, even they would struggle to find success without the role players on the team.  And there is nothing wrong and everything right with you learning and practicing your rescue skills to the point where you would be looked upon as a star. Just don’t let it go to your head. For most of us, we may not be rescue superstars, but we are integral to our team’s success. It is important to take pride in knowing that your individual performance and contributions will make the team successful. 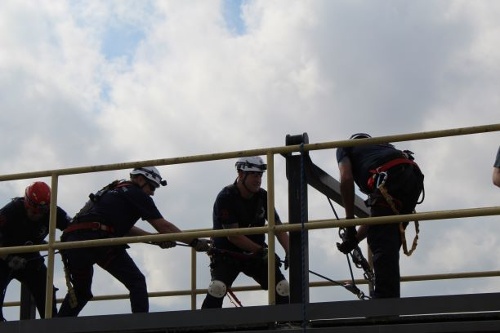 We teach our students to practice short size-up sessions before beginning a rescue scenario. This may be needed when confronted with a rescue where you have no rescue pre-plan prepared. If you have a seasoned superstar on your rescue team, it may be quicker and more efficient to allow that person to decide the rescue strategy and either make assignments or allow the team members to just assume the various positions based on what they can bring to the table.

Identifying Roles for Everyone on the Team

Some team members are obvious choices due to their physical stature. We really like the smaller rescuers as they make great “hole rats”. They can fit into and be comfortable in some pretty tight spaces, whereas the Clydesdales should hold off on volunteering to squeeze through that 18” portal. Most teams have someone that loves to rig anchors, or another that is great at loading, converting, and operating a modern friction control device for lowers and hauling. Some are just naturally great at operating a tended belay allowing just enough, but not too much slack. 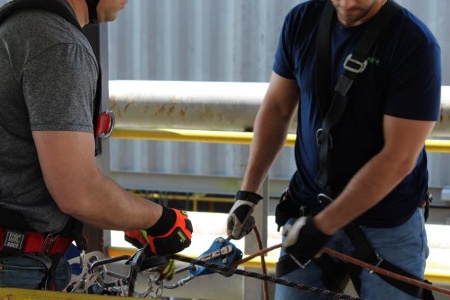 And of course, others are naturally great at leading the team to success. My preference, if there are enough team members, is to have the Team Leader not touch any kit. They should keep their arms crossed or their hands in their pockets to help resist the temptation to start handling equipment or running a system. Once they start handling the gear, chances are they will focus on that specific task and not maintain their 360 degree situational awareness.

We also see some great rescue teams come to our Roco Rescue Challenge. They perform some very challenging scenarios and tend to work very quietly once they have the plan and their assignments. It is almost as if they are communicating telepathically. Call it rescuer self-actualization. It is both impressive and a joy to watch. They know the value of working as a team and not as a group of individuals doing their own thing. They have that same chemistry that the 2004 Pistons and the Beatles had. They are indeed a team.

Your contributions are critical to the success of the team. Although that success may lead to high fives and a feeling of accomplishment during training, the most important thing to remember is your contributions to the team may very well result in lives saved. And it doesn’t get much better than that.