Randy Miller, Roco’s Chief Instructor and Trench/Structural Collapse guru knew at an early age rescue was his calling. It all began when he joined the Hagerman volunteer fire department in his late teens, and went on to study at Florida State Fire College in Ocala and the University of Florida in Gainesville. Since then, Miller has served as a firefighter, fire chief, paramedic, police officer and rescue team manager to name a few. 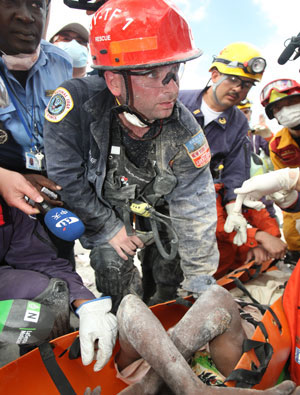 Miller is the real thing. He has been boots on the ground in this century’s most morbid natural disasters including; September 11, Hurricane Katrina and the Haiti earthquake. He lives in Long Island, New York with his wife and 3 young sons. Besides being a Chief Instructor for Roco, he is a detective with the NYPD’s Emergency Service Unit (ESU), a Rescue Team Manager for New York Task Force One (National Urban Search and Rescue Team), and is still volunteering at the Hagerman (Long Island) Fire Department.

During an  interview with Miller he laughed as he described himself as a typical Type A personality…always wanting more, and never busy enough. We believe!