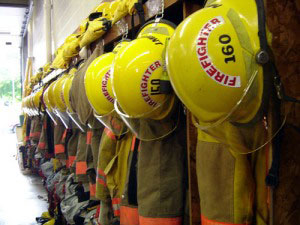 These findings indicate that local fire departments may not have the resources to provide the specialized training needed for confined space rescue, especially when "response and rescue" times are such critical factors.

•  A sizeable portion of employers may be relying on public fire departments for permit-required confined space response; and,

•  With life-threatening emergencies, fire departments usually are not able to effect a confined space rescue in a timely manner.


The study includes some very interesting statistics about fire department response times, rescue times, and capabilities. It also shows that rescue times increase dramatically when hazardous materials are present. For example, according to the report, fire department confined space rescue time estimates ranged from 48 to 123 min and increased to 70 and 173 min when hazardous materials were present.

According to the report, “estimates made by fire officers show that a worker who experiences cardiac arrest, deprivation of cerebral oxygen, or some other highly time-critical, life-threatening emergency during a confined space entry will almost certainly die if the employer’s emergency response plan relies solely on the fire department for rescue services.”

Researchers proposed that a more appropriate role for fire departments would be to support a properly trained and equipped on-site rescue team and to provide life support following a rescue.

Information excerpted from, “Confined Space Emergency Response: Assessing Employer and Fire Department Practices,” by Michael P. Wilson, Heather N. Madison & Stephen B. Healy (2012). This study was published in the Journal of Occupational and Environmental Hygiene (Feb 2012) and is available for purchase from Taylor & Francis Online.