Has emergency response improved since 9/11? 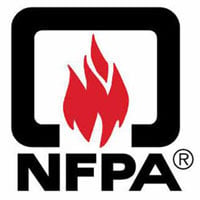 We recently read an article from the NFPA Journal about the improvements that have been made since 9/11. Out of this tragedy came some very hard lessons learned – from an emergency response standpoint as well as national security and building codes, especially for high-rise structures. Are we better prepared? Is your department better equipped today for acts of terrorism or natural disaster? Has communications improved among responding agencies? Are you better trained as an emergency responder? An article in the September/October 2011 issue of the NFPA Journal cites three main areas that have improved as a direct result of the 9/11 terrorist attacks.

These improvements include: (1) interoperability for emergency responders; (2) high-rise building safety; and, (3) emergency preparedness. Staff Writer Fred Durso Jr. cites several NFPA standards developed or enhanced based on the lessons learned from the response, such as the need for an “all-hazards” approach. For example, NFPA 1981, a standard about SCBAs for emergency services, now requires these respiratory products to protect against chemical, biological, radiological, and nuclear (CBRN) agents.

NFPA 1851, a standard about protective ensembles for structural and proximity firefighting, now covers cleaning and decontamination of the PPE, and NFPA 1561, Emergency Services Incident Management System, requires using “clear text” terminology during an incident instead of radio codes.

He cites several NFPA standards developed or enhanced based on the lessons learned from the response, such as the need for an all-hazards approach. For example, NFPA 1981, a standard about SCBAs for emergency services, now requires these respiratory products to protect against chemical, biological, radiological, and nuclear (CBRN) agents. NFPA 1851, a standard about protective ensembles for structural and proximity firefighting, now covers cleaning and decontamination of the PPE, and NFPA 1561, Emergency Services Incident Management System, requires using “clear text” terminology during an incident instead of radio codes, Durso writes.

NFPA’s High-Rise Building Safety Advisory Committee, formed in 2004, developed proposals for NFPA’s Fire Code, Life Safety Code, and Building Construction and Safety Code to implement recommendations from the NIST investigations (published in 2005 and 2008) into why three of the World Trade Center buildings collapsed after the 9/11 attacks. One change in NFPA 5000, the Building Construction and Safety Code, specifies wider exit stairs when a cumulative occupant load of 2,000 or more people is expected to use them, he writes.

NFPA 1600, the standard for disaster/emergency management and business continuity, has been available free since 2005; the 2010 edition is now available (click here to download). NFPA is developing a program to train people who are charged with auditing private-sector programs that use the 1600 standard, according to the article.

The National Fire Protection Association and the International Code Council, whose model building and fire codes are the blueprint for most U.S. communities, followed most of the 9/11 investigators’ recommendations. They made significant changes in the 2009 and the upcoming 2012 codes, which apply to new high-rise buildings.

The national code improvements include glow-in-the-dark exit markings in stairways; a third or fourth stairway depending on the building’s height; greater separation between those stairways to lessen the chance of a single calamity disabling all of them; stickier, more robust fire-proofing, with inspections to ensure its proper application; backup water supplies for sprinklers; impact-resistant walls around elevator and stairwell shafts; fortified elevators that firefighters and, in some cases, occupants can use in an emergency; stricter and more consistent fire-resistance standards for skyscrapers’ structural components; radio amplifiers that help rescuers better communicate inside buildings; and improved emergency evacuation plans and disaster drills.

Referring to the image above:

a) More, better sprinklers - must cover all floors, with backup water supply in case the primary system fails.

b) Tougher windows – panels laminated with clear, adhesive film or backed up with Kevlar curtains to prevent flying shards in case of explosion.

c) Spread-out utilities – piping and mechanical equipment for water, electric power, telephone, and air conditioning ducts to be put in separate locations so a single explosion doesn’t take out all systems at once.

g) Protected Deliveries – mail room and loading docks – where bombs may enter – should be hardened and isolated from critical building systems.

h) Ventilation protection – air-intake shafts should be at least 20 feet above ground level to reduce chances of noxious gases getting inside.

j) Shielded elevator - building lifts should be shielded from impact with fire resistant shafts and fitted with waterproof electronics, so they can be used to evacuate occupants in fire or blast emergencies.

k) Reliable communication - internal antennas will allow fire and police radios to work throughout the building.

As the fire service began to rebuild and recover from 9/11, departments large and small across the country evaluated their level of preparedness and found it lacking according to an article by Bob Vaccaro,who has more than 30 years of fire-service experience. A key factor in enhancing preparedness was increased funding from DHS and grants from the AFG and SAFER programs.

Thanks to this funding, many municipalities have been able to upgrade apparatus, radio communications and personal protective equipment. We’ve seen decon units and WMD trailers with caches of equipment purchased and stored in various areas of the country. Post-9/11 funding also helped some poorer areas purchase much-needed apparatus. For some departments, it was their first new apparatus in many years; for others, it was their first-ever new rig.

Radio communications and wireless communications have improved vastly since 9/11. Many large cities and counties have purchased command vehicles and have learned and practiced the incident command system. Although we’ve by no means solved the problem of all agencies being able to talk to one another, significant advances have been made.