3 Innovations That Will Change Technical Rescue In The 2020s

I’d like to share 3 innovations that I see as having game-changing potential for rescue operations in the next decade. None of these 3 are brand new, but recent advances have earned them a place in the rescue team’s toolkit. 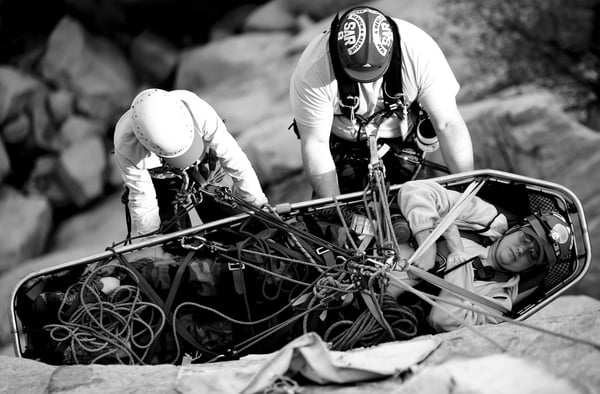 One of the most dangerous aspects of rescue work is the time pressure that exists to reach victims before they succumb. Unfortunately, we often don’t have eyes on the victim and can’t communicate with them, so we must make assumptions about their condition. Rescuers frequently put themselves at greater risk in order to reach a victim quickly. Drones have the potential to give rescuers a clearer picture of the victim’s condition and possibly even communicate directly with them. This allows rescuers to appropriately pace their actions, to know what tools to bring to effectively treat the victim, and to avoid the same pitfalls that befell the victim. Not to sound too gruesome, but a drone can also help determine if it is a rescue or a recovery operation, which has obvious implications for the rescue operation’s pace and risk exposure.

Drones can also serve as reconnaissance tools during natural disaster rescue operations. This is a much faster and safer method of mapping an area than sending in rescuers and can be done while rescuers are pre-planning. Drones won’t completely replace manned helicopters, but they are safer, more available and more cost effective. Many drones are outfitted with software and GPS that produces maps and can geo-tag objects within centimeters of their actual location. Many also have thermal sensors, which allow for transmission of key data, and are designed to withstand extreme temperatures. Look for drones to play an increasingly important role in helping rescuers during the aftermath of hurricanes, floods, fires, tornadoes, blizzards and just about any adverse weather event.

Drones are also a great tool for getting a visual on victims at extreme height, such as on towers or tall buildings. Oftentimes these victims are not clearly visible with binoculars, making it difficult to assess their physical condition.

Drones are even being designed specifically for use in confined spaces. Previously, drones were susceptible to damaging crashes from flying in tight spaces. Also, the radio frequencies that control them were often unable to penetrate thick concrete walls. But engineers are addressing these issues and have come up with the Flyability Elios 2, for example, which features a spherical cage to protect the drone from slamming into walls. It also boasts a transmission system capable of working beyond line-of-sight, thus enabling the drone to fly into structures made of concrete, steel, and other materials. 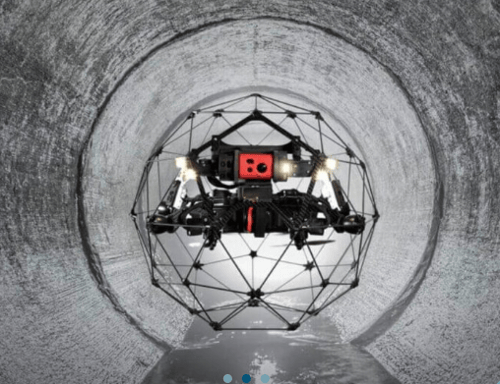 These drones will likely help confined space rescuers in two ways… First and foremost, sending a drone instead of a human into a confined space for an inspection will become the norm, and with fewer humans doing entry work, there will be fewer incidents requiring rescue. Second, when a rescue is called for, a drone can scout the space for a rescuer, provide a visual assessment of the victim and transmit atmospheric data to the rescue team. All of these are invaluable pieces of data that will make the rescue operation safer and more effective.

One key skill in rope rescue is the ability to build mechanical advantage (MA) systems so that they can efficiently raise / lower / haul weighted objects using rope. I don’t expect this skill to become obsolete, but the use of portable powered winches will make rope rescue less dependent on rescuer-constructed MA systems. Winches have been around for a long time, and are a standard tool for arborists and tower workers, but they haven’t been used much in rescue until recently, as significant improvements in battery power and materials have now made them reliable and durable enough for use with human cargo. Because they are battery powered and compact, they are especially useful when manpower and operating space are limited. They are lightweight and therefore easy to pack and carry as part of a rescue team’s gear cache. 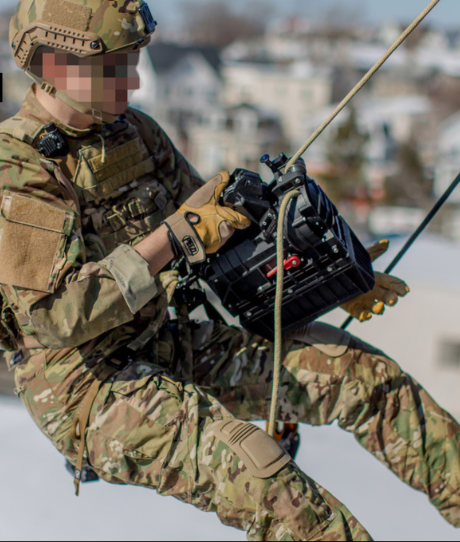 SkyHook Rescue Systems and Atlas Devices (whose APA-5 is pictured above) are among the leading manufacturers in this space. In the same way that pocket calculators take the legwork out of doing long division, winches make building efficient hauling systems that much faster and easier. That said, there are a few important caveats to consider when thinking about using portable powered winches in rescue operations. Safe use requires rescuers to factor in the weight capacity and to understand proper winch placement in a system like a tripod. Improper placement has the potential to unbalance and tip a tripod. Rescuers also need to know how to rig up a back-up rope system should the main line fail. Finally, the use of powered winches must consider the added risk of injuring the human load or damage to the system components should it become hung up. For these reasons, it is absolutely critical that the rescue load be visible to a dedicated monitor who can call an immediate stop to the haul should the load become hung up. Nonetheless, portable powered winches definitely have the potential to improve and change rope rescue operations, and I expect we’ll be training with them a lot more frequently in the coming decade.

The use of two-tension systems (sometimes called mirrored systems or dual main systems) is fast becoming a high-interest technique in the rescue world. Why? Since both ropes are tensioned, the load is shared, which decreases the risk of load-induced equipment failure. Also, in a two-tension system, there is no slack in the second line, so the potential free-fall distance is greatly reduced. Additionally, two-tension systems have double the mechanical advantage of traditional systems, making hauling more efficient. 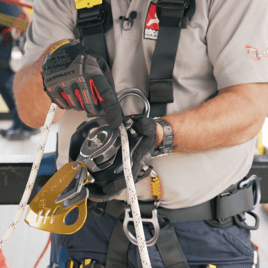 will be a fixture in a rope rescuer’s toolkit. These are critical components of a two-tension system because they provide the three primary functions two-tensioned systems require – friction control, belay, and haul. By providing two mirrored tensioned systems during a lower, the forces on either of the systems are essentially cut in half. This greatly reduces stress on the system and is more easily managed by the operator working with heavier rescue loads. 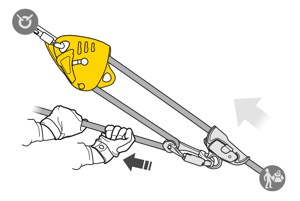 Also, as mentioned previously, using a mirrored 3:1 or 5:1 Z-rig through a Maestro or other similar device during hauling operations will double the mechanical advantage compared to using a single haul system. Applying two 3:1 mirrored MAs results in a 6:1 total MA. This can reduce the manpower required for the haul team, which is beneficial for a variety of reasons.

There exists a healthy debate in the rescue world over the pros and cons of two-tension systems versus more traditional single-main / single-backup systems, but it appears as though two-tension systems are winning the argument and will become the standard in the coming decade.

Two-tensioned systems hold the advantage in many of the rope rescue operations where dedicated mains / dedicated belays are currently being used. But there are still a few situations where the dedicated main / belay system will remain the best-practice approach. It is important to train with both types to determine what works best for your response area. Two-tensioned systems require a different type of coordination between team members, but they are quickly mastered with practice.

Embrace the Changes Technology Brings Us!

Technological advances are impacting every sector of industry from microprocessors to rescue gear. Precision engineering and advances in materials have made the gear rescuers use today smaller, lighter, smoother, faster and safer than ever. Some advances are incremental, and you only recognize the progress when you look back over a long time-horizon. For example, a retired U.S. Army Ranger recently told me that when he was in Ranger School in the 1960’s, he rappelled off 60-foot towers and the only descent control technology he had was a pair of leather gloves! Clearly, we’ve come a long way since then, and the quality of devices a rescuer can use to safely control their speed during a descent is remarkable. Other technological advances are more immediately impactful and noticeable. Whether it happens slowly or rapidly, we as rescuers have a duty to always be evaluating innovative new equipment and techniques so that we can keep improving the overall effectiveness and safety of rescue operations.